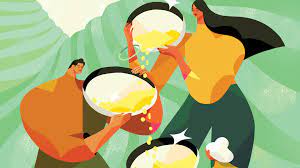 Supporting youth and recreational aggregation initiatives in favor of children and young people, in order to offer opportunities for socializing, reduced as a result of the pandemic.

Promote initiatives that foster the exchange

Including of skills, between generations, capable of improving the well-being of both young people and the “late adult” population, exploiting the benefits that the mixture of knowledge can offer and also accelerating the technological transition of older generations .

Support interventions capable of preventing the conditions of socio-cultural hardship, amplified during the pandemic emergency. Supporting proximity interventions and support actions aimed at fragile people and in difficult conditions, caused or aggravated by the COVID-19 emergency.

In Italy, by 2025, the gap between public resources and the demand for social services will reach 70 billion, according to the research firm Oxford Economics. Faced with this growing gap, philanthropy is proving to be one of the alternative resources allocation tools, with specific professional skills and intervention strategies capable of producing a measurable social impact and able to initiate partnerships with the corporate sector and the world of finance.

It has been shown that every euro invested in social services can generate three times higher value in terms of savings for the community: in October the Lang Italia Foundation presented the first study in Italy for the measurement of such savings using the Social return on investment (Sroi) as an indicator on the work of a non-profit organization, in this specific case the Center for Help for Minors and Families.

Philanthropy is being talked about more and more often also because the government in the last months of July and August published the legislative decrees implementing the so-called reform of the Third Sector, implementing the delegated law n. 106 of 6 June 2016.

In reality, explains the national council of chartered accountants in a circular of last November, “this recognition consists in the typification of the so-called grant making entities, that is, those entities, today mainly constituted in the form of associations, philanthropic foundations or communities that they look for resources to be allocated to third parties for the pursuit of certain projects “. 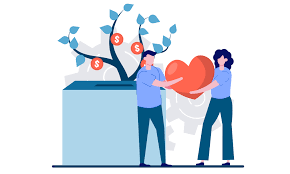 The philanthropic body is, based on the provisions of art. 37 of the Third Sector Reform Code, a recognized association or foundation set up “in order to provide money, goods or services, including investment, in support of disadvantaged categories of people or activities of general interest”.

It is a new model of strategic philanthropy , envisaged by the reform and which requires all non-profit entities to account for their social impact and to draw up their own social report.