The new provisions provide for an Irpef deduction equal to 30% of the charges incurred by the taxpayer for payments in cash (implemented with traceable methods) or in kind, for a total amount not exceeding 30 thousand euros in each tax period.

Furthermore, there is a deduction from the total net income of the lender (natural persons, entities or companies) within the limits of 10% of the amount declared. Both systems of deduction / deduction cannot be combined with other similar tax benefits, provided for the same donations.

«The legislator is trying to reorganize the matter by increasing the concessions recognized», explains Paolo Besio, partner of Bernoni Grant Thornton, «some fiscal rules among other things are still subject to the approval of the European Commission.

I believe we are proceeding on the right path, but we could have been more incisive in terms of benefits for philanthropists, even if I must add that the philanthropic decision is not conditioned by tax breaks ».

Finally , there is a social bonus, which will come into force from 1 January 2018.

This is a tax credit equal to 65% of the donations in cash made by individuals, or 50% if made by entities and companies, in favor of the ETS which presented a project to the Ministry of Labor and Social Policies to support the recovery of unused public buildings and movable and immovable property confiscated from organized crime.

The average amount allocated to each project rose to 50,806 euros ( from 43,437 euros in 2015), while it decreases slightly the average number of interventions per single foundation, proof of a greater focus: in fact, 231 compared to 251 in 2015. Among the major Italian banking groups, the methods of support to the Third sector are different.

Here are the main ones

For the secular and religious non-profit world, the Intesa Sanpaolo group has created Banca Prossima, a bank whose statutory objective is the creation of social value and the expansion of access to credit. 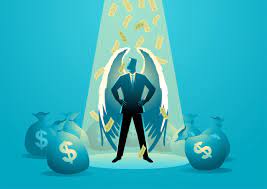 Banca Prossima has created an internet portal where non-profit organizations can present their socially useful projects and contact the public to collect, in the form of loans and donations, the financial resources necessary for their implementation.

The bank partially waives its share of financing in favor of natural and legal persons who intend to lend or donate directly.

The major benefit of Terzo Valore consists in being able to raise loans (PrestoBene) at significantly lower rates than those charged by banks and, at the same time, gifts that further reduce the amount to be borrowed.

Among the main results of Terzo Valore: 101 projects published since 2011, especially in the social welfare area (52%), for a value of approximately 21 million euros, of which 9.1 million in the form of a loan and 1.6 million as a gift, with an average rate requested by supporters of 0.81%.