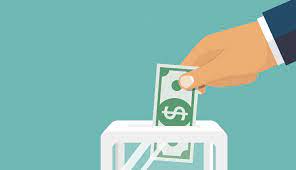 The Unicredit non-profit foundation is called Unicredit Foundation and was born in March 2003, immediately engaging in the promotion of a modern corporate philanthropy, as well as the culture of civil commitment, donation and volunteering.

Unicredit Foundation designs, implements and controls, in collaboration with local non-profit organizations, development projects in the 15 countries where the group is present. Among the activities, 25 support programs throughout Europe, of which eight in Italy.

The most recent: the new edition of the Unicredit Carta E call to support organizations that promote youth employment in Italy through social entrepreneurship activities (with an expected investment of 500 thousand euros in the form of grants, mentoring and incubation) and the seventh solidarity and awareness campaign.

“One vote, 200,000 concrete aid”, in progress from 1 December last to 22 January 2018, with which Unicredit will donate 200 thousand euros from the Carta etica fund to non-profit organizations that will receive at least 150 points from voters and donors , with a maximum of 12 thousand euros per single organization.

Where is the bank?

Through its Ubi Comunità commercial division, aimed at the realities of the third sector and the civil economy, the Ubi Banca group supports investments aimed at social impact and social entrepreneurship paths linked to local development, communities and new supply chains.

Territorial proximity, multi-stakeholder approach, enhancement and sharing of relationship networks, knowledge and expertise, together with the wide range of products and services and credit lines dedicated to supporting the projects and investments of third sector entities, are the main components of the guidelines of action that guide Ubi Comunità in creating shared value in favor of the areas of settlement and which have led to the introduction of significant initiatives and innovations in the sector.

The former are bond loans which envisage that with the funding coming from the securities placed, the bank will disburse sums of money by way of donations or loans at competitive conditions to support projects or investments with a high social impact, which can be found in the calculation of the social return on investment.

The second, which makes it possible to reduce the cost of the intervention by the bank with a view to rewarding or to support social initiatives linked to the project financed through a mechanism that links part of the spread applied by the bank to the achievement of pre-established objectives of a social nature from a pay point of view. for success or pay for result.

Banca Mediolanum operates on the one hand with the Mediolanum foundation, born in 2002 and became a non-profit organization in 2012, which since 2005 has focused on projects dedicated to children in Italy and around the world. 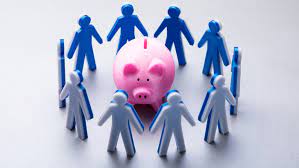 And that last November 30 in Livorno, a city hit by a violent storm last September, led to the delivery of 100 thousand euros in donations to 63 customers who suffered damage to their first home and movable property, in proportional amounts to the damage suffered.

In Tuscany, since 2011 Banca Mediolanum has provided a total of € 1.275 million to 336 customers and family bankers who have suffered damage due to natural disasters.